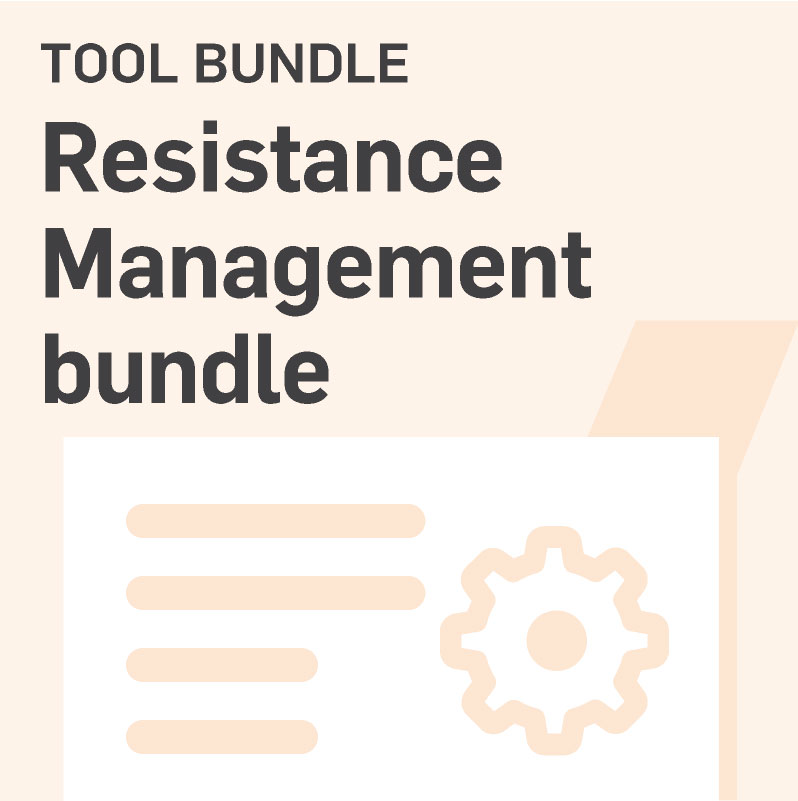 Save when you buy together – this bundle includes these 2 tools: 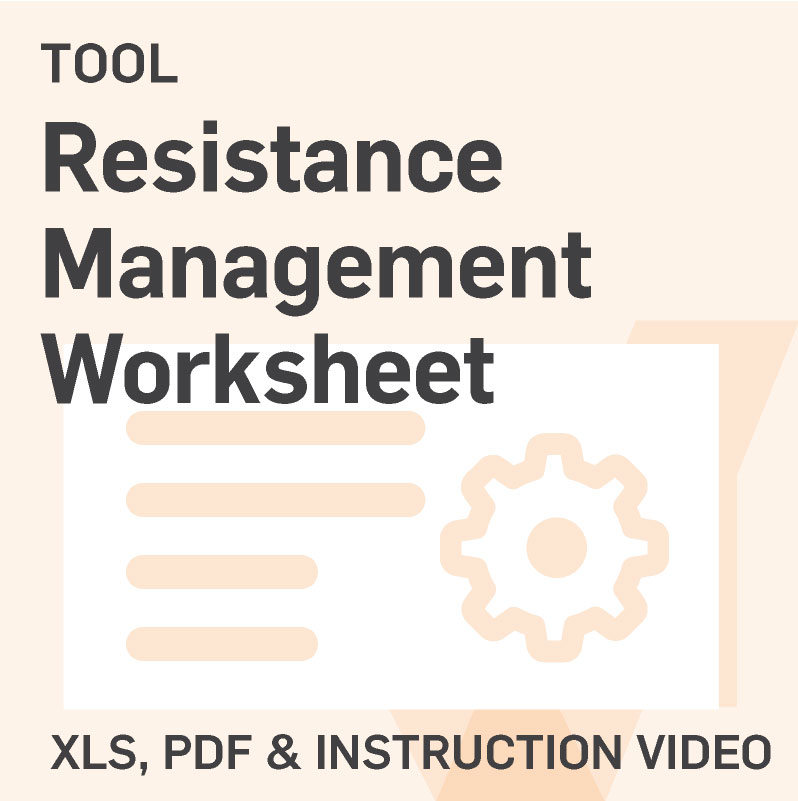 Ensure leaders and managers identify the primary reasons their people resist change and plan how best to overcome or mitigate the damaging impact of their resistance.

This is particularly useful when planning a change that may be unpopular due to perceived negative impacts on particular stakeholder groups. It may also uncover latent resistance and reasons not previously recognized.

This tool is used during the planning stage of the project change, ideally after performing a gap analysis. This tool also assists in the identification of the four main reasons that individuals resist change initiatives: 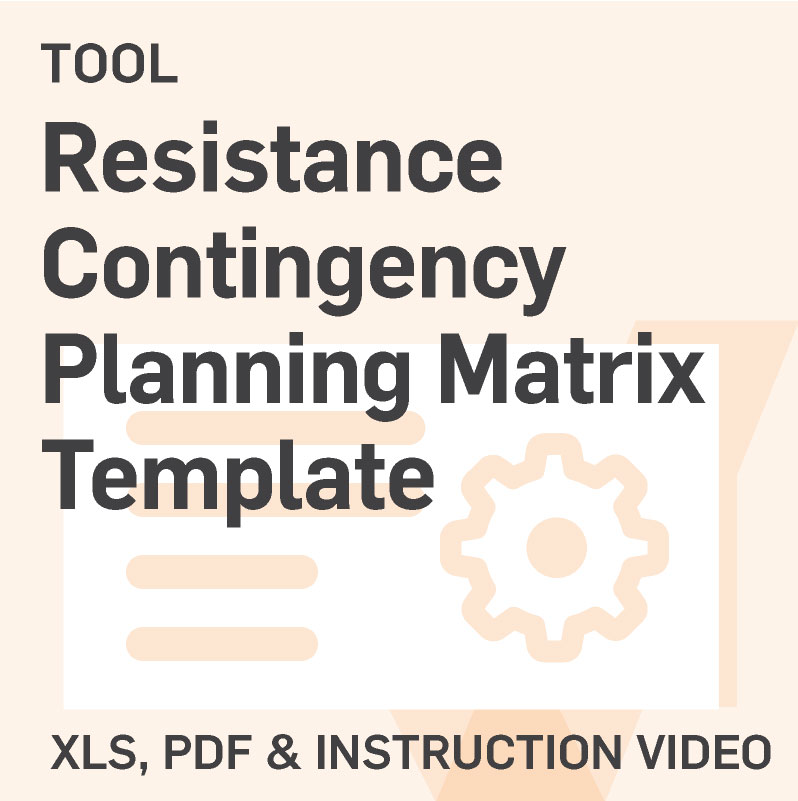 Enables you to identify likely forms of resistance to your project, assess the damaging impact of the resistance if it does occur, consider preventative actions to take.

Given that some form of sponsor/group resistance is likely during a change initiative, use this matrix to begin the development of your people risk mitigation plan for your project.

This tool also prompts you to clarify which individual or group is responsible for managing each of the likely sources of resistance identified.

This tool is can be used during the planning stage of your project, after the desired state has been identified (during gap analysis). You may also wish to refer to the on-demand video ‘Managing Resistance’ to review the four main reasons that individuals resist change initiatives.

Change Activation tools are easy to use and can be put to use straight away. You will receive your download link immediately following your purchase. 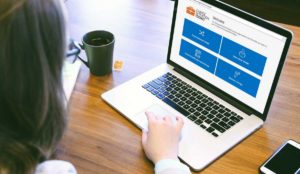 Everything you need to
succeed in effective
change management