What has the brain got to do with Change?

Why do 70% of change initiatives fail? For the most part, the business world has ignored science. According to Dan Pink, there is a disconnect between what business does and science tells us. Businesses continue to use outdated processes developed during the industrial age that science has proven don’t work and are not suited to the intelligence age we now operate in. 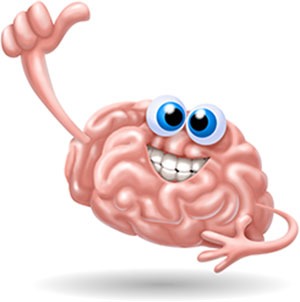 In order for any change effort to succeed, we not only need to rewire the brains of the individuals’ involved in the change but also the collective brain of the organization. So what are the key insights from neuroscience that might help us with change?

Many change efforts fail because the need for certainty is not addressed quickly at the onset of the change AND throughout the change process.

The brain is organized to minimize threat and maximize reward and this in turn guides our behavior. Our brains haven’t evolved to keep pace with the rapid change. The oldest part of the brain our ‘limbic brain’ was designed to keep us safe to get our body ready to react fast to save us from being eaten by predators or other dangers in the environment. Threats to certainty or autonomy or status are treated by the brain as real threats and can generate a threat response in the brain similar to the one generated when you feel your life is threatened by a predator.

Going limbic is not great for change! Resources are diverted away from our executive or thinking brain (our pre-frontal cortex) to preparation for fight, flight or freeze. When this happens we are less likely to take risks, try new things, be innovative or make good assessments about the benefits of a change. No wonder only 30% of change efforts succeed!

This means that the collective brain of the organization must deal with the individual brains who are moment by moment assessing whether the potential rewards of the change are greater than the potential threat caused by the uncertainty of change or the energy required to change.
People are more willing to engage in change when they perceive the reward of change is greater than the perceived threat of the change.

Engaging people in an organization to shift their mindset really means creating a whole lot of new neural wiring and the uncertainty this can create can send the collective brain of the organization into a threat state. Overcoming this threat state is key for change initiatives to succeed.

Brains hate change. Change takes effort, focus and energy and the brain like to conserve energy. The brain likes to work in familiar ways and follow predictable patterns. This can be a challenge to creating the sense of urgency when the default state of the brain is complacency. The word change can make some break out in a cold sweat as certainty and control over familiar contexts is threatened.

The good news is we can change… it just takes effort and focus to make change stick. Norman Doidge in his book ‘The Brain that Changes Itself’ showed just how neuroplastic the brain is. Change leaders can support neuroplasticity and change in the individual and the collective brain of the organization by ensuring that an attention plan for maintaining momentum for a change process is developed.

Emotions matter and at an unconscious level we can sense through very clever specialized neurons called mirror neurons which allow us to decode (receive and interpret) facial expressions so we know when people are faking it or not being authentic. If you are charged with leading a change initiative lead with excitement and enthusiasm. When you are excited about the possibilities of the change the emotion contagion effect can make rather than break a change effort.

Linda Ray is an Australia based pioneer of the field of 'neuroleadership', applying the lessons from neuroscience to leadership development. She can be contacted linda@neuresourcegroup.com.au.

How do you accommodate brains during change?
Leave your comments below!