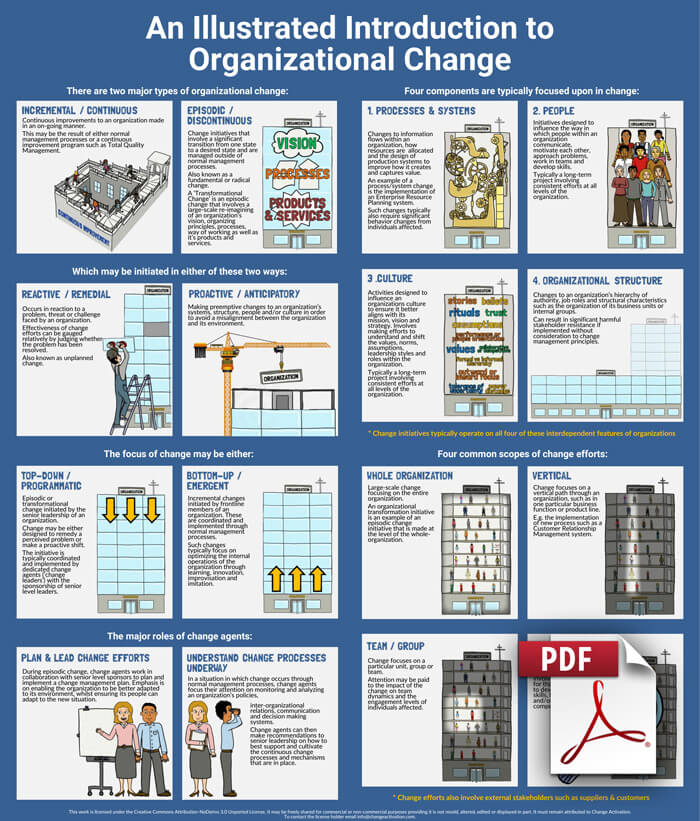 Engaging two-page PDF poster that introduces the various types of change. Use it to foster a better understanding of the components within organizations that typically undergo changes.

Also use this poster to create understanding around:

How to make the most of it:

An Illustrated Introduction to Organizational Change

There are two major types of organizational change:

A ‘Transformational Change’ is an episodic change that involves a large-scale re-imagining of an organization’s vision, organizing principles, processes, way of working as well as it’s products and services. This may be initiated in either of these two ways:

Four components are typically focused upon in change:

The locus of change may be either:

The major roles of change agents:

This resource is licensed under the Creative Commons Attribution-NoDerivs 3.0 Unported License. It may be freely used and shared for commercial & non-commercial purposes provided it remains attributed to Better Business Learning Pty Ltd (trading as ‘Change Activation’), is not modified or displayed in part, and is not re-sold. For further information contact info@changeactivation.com.